MISSION, Ore. – The Confederated Tribes of the Umatilla Indian Reservation (CTUIR) Incident Command Team (ICT) is working on several plans to ensure the safety of the entire community. The ICT continues to monitor and manage the emerging situation concerning the COVID-19 pandemic. This is a very serious situation with Tribal, Local, National and International implications. As this situation progresses, it increasingly appears that COVID-19 is now in the greater population, so taking immediate measures to slow its spread are imperative – especially to vulnerable populations. Vulnerable populations include people above 60 years of age, people who may be immunocompromised or other chronic conditions such as lung disease, heart disease and diabetes.

The ICT will share information on a frequent and regular basis as quickly as decisions are made. They have reviewed and considered all recommendations provided by the Centers for Disease Control (CDC) and Oregon Health Authority (OHA) as they become available, however, the CTUIR has the authority to choose how the guidance is used in our community.

As of 11:00am today, Oregon now has a total of 39 people who have been diagnosed with COVID-19, after the Oregon Health Authority announced three new presumptive positive cases of the novel coronavirus.

OHA is reporting 1 new case Yamhill County, 1 new case in Deschutes County, and 1 new case in Linn County. The Yamhill County and Deschutes County cases are believed to be community acquired. The case in Linn County is a staff member at the Oregon Veterans’ Home in Lebanon, which currently has nine residents who have tested positive. State and local officials have also reported Oregon has its first fatality from COVID-19 as of March 14, 2020, a 70-year-old man in Multnomah County who had underlying health conditions as well.

Meals will be provided from:

There are community action plans currently being discussed by the incident command team that will be shared once finalized. Those include:

The CTUIR Board of Trustees will be meeting on Monday, March 15, expect further updates after this convening.

The Confederated Tribes of the Umatilla Indian Reservation is made up of the Cayuse, Umatilla, and Walla Walla Tribes, formed under the Treaty of 1855 at the Walla Walla Valley, 12 statute 945. In 1949, the Tribes adopted a constitutional form of government to protect, preserve and enhance the treaty rights guaranteed under federal statute. 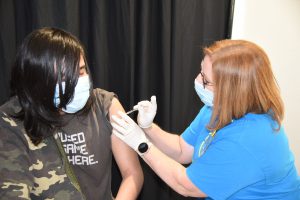 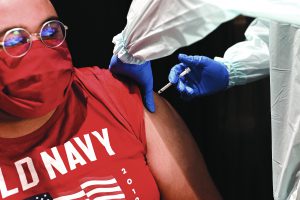 Immunity for the community