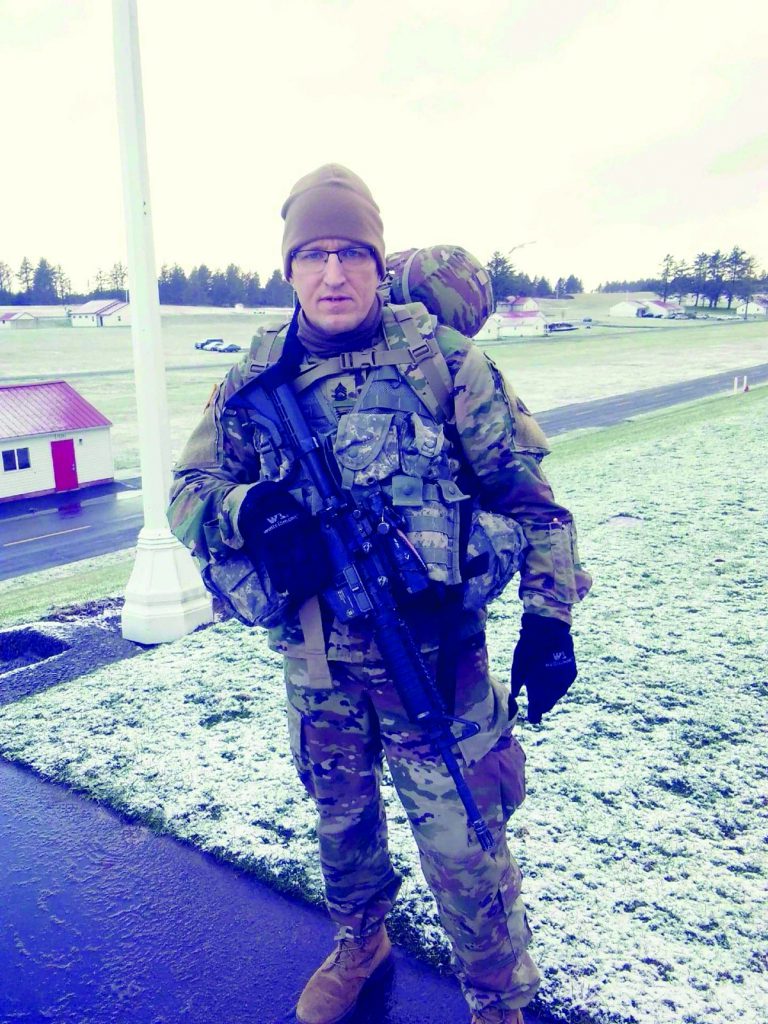 Chris Schwartz is the manager of Information Technology at Cayuse Technologies, and he is currently deployed to Somalia.

Cayuse Holdings, a CTUIR-owned enterprise located on the Umatilla Indian Reservation, is the recipient of the Seven Seals Award at the highest level.

The U.S. Department of Defense, Employer Support of The Guard and Reserve (ESGR), awarded Cayuse the Gold Award for “meritorious leadership and initiative in support of the men and women who serve America in the National Guard and Reserve.”

Cayuse Holdings employs 60 veterans, out of 316 employees, which is nearly 19 percent of the company. One of their holdings is Native Hawaiian Veterans, who previously won the Seven Seals Award at the gold level, before they were acquired by Cayuse Holdings.

Heather Collins, managing director of the western region for Cayuse Government Services, went to the State Capitol in Salem to receive the award March 3. Collins is a member of the Leech Lake Band of Ojibwe and has been in her current position for three years.

“There are a number of ways to search for people, and one of those is to search for veterans or people with former government service,” Nerenberg said. “There’s a different way to approach those candidates so they know you speak the lingo.”

When veterans do get hired, they receive support from Cayuse in several ways, and Nerenberg said Collins is a big part of that effort. He described her as “proactive” and “a go-getter.”
Cayuse also takes into account the knowledge they learn from other veterans.

“Something Lindsey [Watchman, CTUIR General Council Chair and U.S. Air Force veteran] was talking to me about is that often when you are in the military and in the reserves, you have different responsibilities. We work well with that,” Nerenberg said. “We provide people with back up and give them extra time.”

For example, Chris Swartz, director of Cayuse’s Information Technology Department is currently deployed to Somalia, but Cayuse is holding his job so he can pick up where he left off.
Swartz started in the help desk and has since used Cayuse’s veterans benefits to work up to his current position, according to Nerenberg. Since he started in 2011, he has used education benefits to obtain both a bachelor’s degree and a master’s degree in Information Technology.

Receiving the gold award from the Department of Defense is a distinction for which companies like Cayuse strive.

“It was an honor to receive this award on behalf of our company,” Collins said.