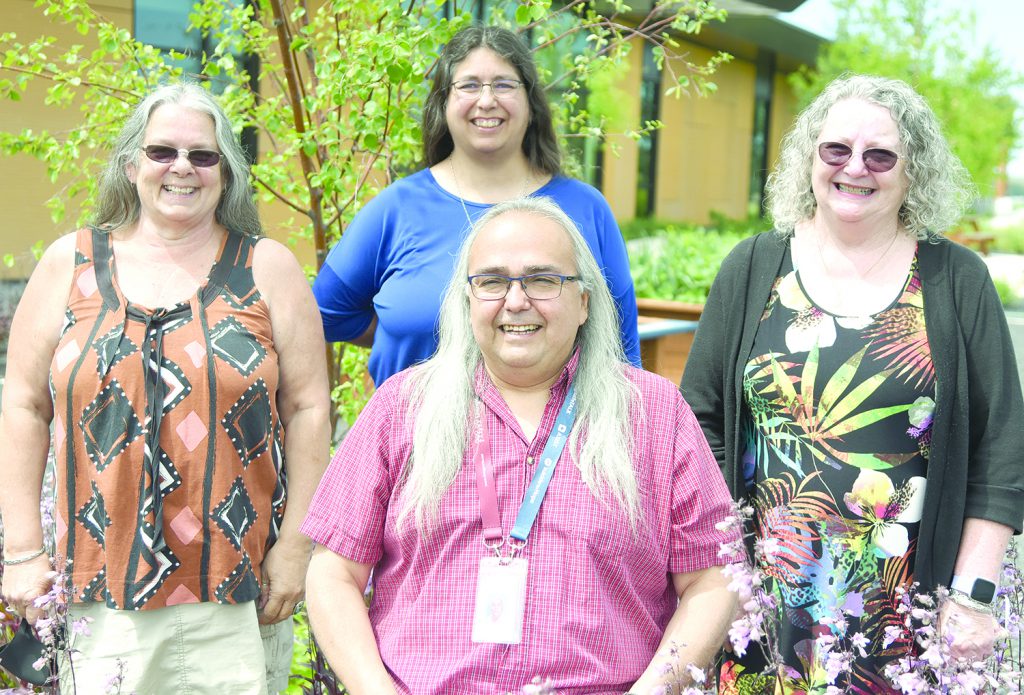 By Casey Brown of the CUJ

The open road became the long road that brought Glavis Wagner, 59, back home to Oregon in 1995.

Wagner is a peer recovery mentor at Yellowhawk Tribal Health Center with the BH2I program and former bus driver on the Mission route for Kayak Public Transit. He is enrolled with the Confederated Tribes of the Umatilla Indian Reservation.

As a long-haul truck driver for more than 20 years, he made his way around the country one load at a time. One day, when he called in to make his daily report and was told he had a message to call his sister, he thought, ‘now wait a minute.’ His younger sister, atway Linda Montoya (CTUIR), did not use the telephone, so he knew it wouldn’t have been from her.

He called the phone number to see who might be on the other end of the line.

“The number he gave me was a 503 area code and back then all of Oregon was 503. I knew I was born in Oregon, but I grew up in Kansas City. I said, hmmm I wonder what this is about, so I called. Sure enough it was my sister (Belen Montoya, CTUIR) that I never knew about.”

When he arrived, he got a job at Kayak, with the help of their staff as well as the Tribal Vocational Rehabilitation (TVR) program.

“I drove the Mission bus and at that time Kayak was just transitioning from being operated by the cab company to coming out to the reservation,” he said. “That’s why they wanted me on the Mission route because I was one of the few Indians out here with a driver’s license and who knew how to drive a big bus.”

He had been in prison and was looking for a job where he could use his skills and abilities.

“It was the only job that paid decent but I wasn’t out digging a ditch.” Besides, it was a good place to rest a while and talk to his people as he drove up and down Old Mission Highway. As part of his “Individual Plan of Employment” with voc rehab, he worked to get his driver’s license back, and then his CDL to operate the big bus, but he tried some other things along the way. He looked into the diesel mechanic program at Blue Mountain Community College, but realized it wouldn’t be the right fit.

“Eventually I wanted to try the diesel mechanic program. I found out that that wasn’t going to be the best job for me either. There’s a high physical demand in that job too,” he said.

When the Ready 2 Work program started, he knew he’d found his ticket.

“Actually things really kicked off for me with the Ready 2 Work program. That got me into the computer stuff. I didn’t have a lot of experience with that. I barely knew how to work a cell phone. My job placement was in HR.”

Mary Ann Rhoads, human resources training specialist, and Viola Tendler, former case manager, and Susie Calhoun were “instrumental.” He thought he would stay in the human resources field, but then he went to Portland for heart surgery. While there his wife, Dora Anderson, had a heart attack.

“Had we not been in Portland when she had a heart attack, she would have died. You can’t get medical care in Ukiah. Even LifeFlight takes 20 minutes.”

He and his wife took some time off to deal with what they had been through. Then he heard that Yellowhawk had open positions for peer recovery mentors.

“They were starting this new program over there and they really wanted me to get into that. So, we made a new plan and voc rehab ended up sending me to school in Portland and I got my certification to be a certified recovery mentor.”

And that’s where he sits today, talking and listening, with his people.

“That’s how it tied into driving the bus. It is almost the same thing as what I’m doing now, but now it’s on a higher level and I have more resources to help people.” 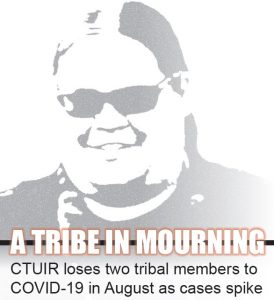