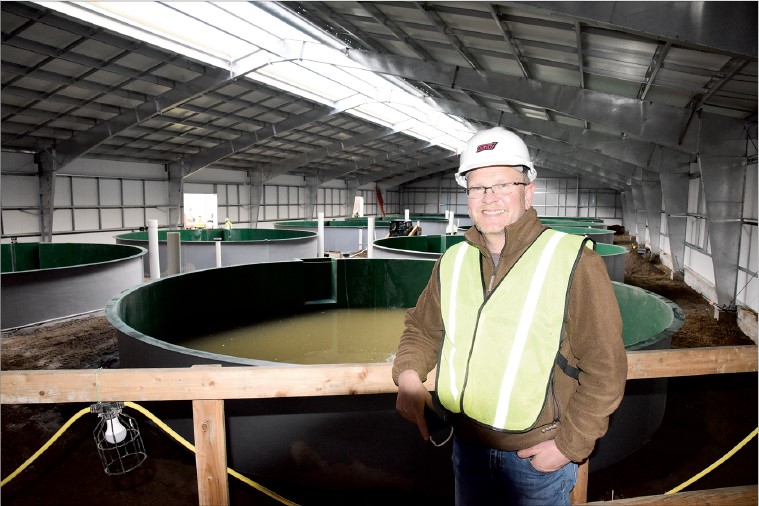 SOUTH FORK WALLA WALLA RIVER – A new fish hatchery, which is expected to produce some 500,000 spring Chinook salmon smolts, is nearing completion on the South Fork Walla Walla River about 10 miles southeast of Milton-Freewater.
It eventually will provide hatchery-raised fingerlings for the Walla Walla Basin.
The Confederated Tribes of the Umatilla Indian Reservation (CTUIR) expect to commission the new facility by the end of next May. Plans call for hiring a hatchery manager in early 2021, who will oversee four others that will live in one of three new residences being built as part of the project.
The project expands on a holding facility built in 1996 for spawning adults by adding key hatchery components – egg incubation, early juvenile rearing, grow-out rearing, administrative facilities, a shop and office, a visitors’ center, and the three new residences.