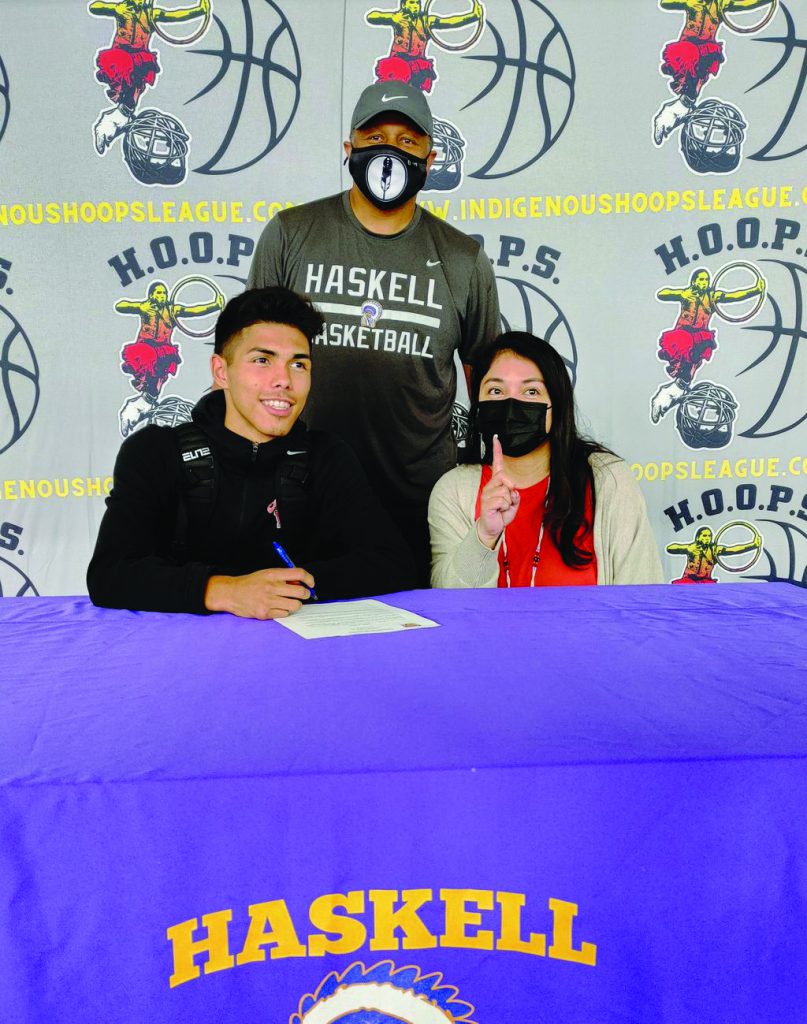 WHITE SWAN, Wash. – Teal Soaring Eagle, a 6-foot-2 guard from White Swan High School, signed a letter of intent to play basketball at Haskell Indian Nations University in Lawrence, Kans. this fall.
The CTUIR member earned his scholarship after performing well in a basketball tournament in Oklahoma City
in early May. Instead of celebrating his
birthday weekend, he decided to go play.

“Something told me to go play,” he said of the attending the Indigenous H.O.O.P.S. League in Norman, Oklahoma, which featured 50 teams competing over a three-day span. “I go play. I did
okay. I was like a regular kid at a basketball tournament.”

In between games, Soaring Eagle went back to his hotel room and got a call from the coach of HINU, saying he wanted to sign him.

“I was just surprised,” the Washington State 2B All State Tournament Team selection said. “It felt like a dream, really. I ended up going to the gym and talking to the coach. I had a lot of questions for him. … I ended up signing that day. It was a great day.”

Soaring Eagle is the son of Lauren Ganuelas and said his passion for the game started as a young kid in Mission, Oregon. He offered advice to Tribal youth.

“Just work hard. Give it all you got because in the end it’s going to be worth it. It can happen to anyone, really. I’m just a kid from Mission, Oregon, who was bound to be nothing really. Just work
hard and believe in yourself.”

White Swan High School congratulated Soaring Eagle with a Facebook post stating, “Hard work pays off! Congratulations to our very own Teal Soaring Eagle for signing his letter of intent to continue playing basketball at Haskell.”

Weekly Board of Trustees meeting, June 6