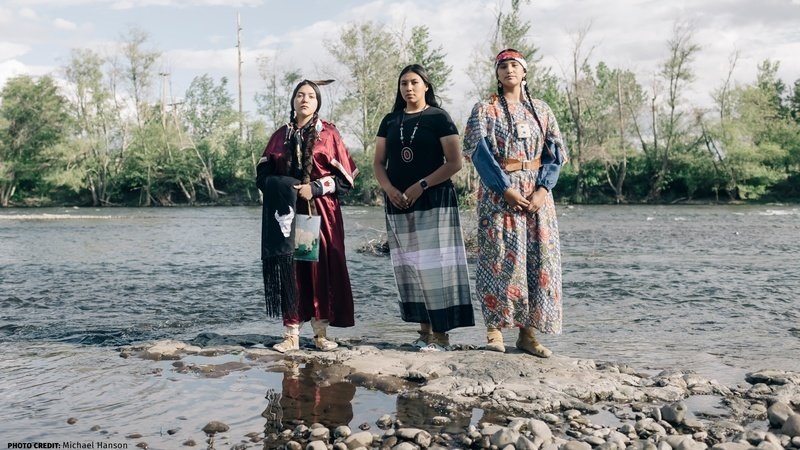 MISSION – The CTUIR Youth Leadership Council sent a letter to President Joseph R. Biden on June 9 and started an online petition that’s gained more than 10,000 signatures.
They asked the president to remove the four lower Snake River dams “and save salmon from extinction!”
“America made a deal and promised that we would be able to fish forever. We can’t fish if there aren’t any salmon left.”
The petition, started on Change.org, had over 10,100 signatures as of July 6.
“Stand with us in our call to President Biden,” their petition states. “As members of the Confederated Tribes of the Umatilla Indian Reservation Youth Leadership Council, we are calling on President Biden to remove the four lower Snake River dams. These dams impact our right to fish under the Tribe’s treaty with the United States. If these dams aren’t removed soon, Snake River salmon will go extinct.”
The Youth Council explained the importance of the salmon to Indian people.
“Not only are salmon a critical food source, they’re also part of our spiritual and cultural identity,” the Council wrote. “In our language, we are the ‘Wy-Kan-Ush-Pum (salmon people).’ ‘Wy-kan-ish (salmon)’ are important for our sacred life renewal ceremonies, our daily food, and for our economy. The salmon that swim from the ‘Naxiyam Wana (Snake River)’ and ‘Nchi’-Wana (Columbia River)’ into the Pacific Ocean, are family to us.”
The full petition can be found at https://www.change.org/p/joseph-r-biden-stand-with-native-youth-support-removal-of-the-snake-river-dams-a367e5a7-755e-4089-8030-1b14bb1989bc.