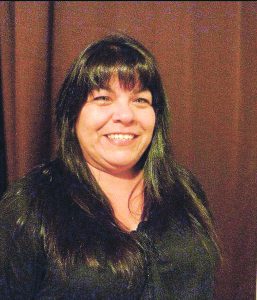 Paralegal/Victim’s Assistant for the City of Pendleton City Attorney for 19 years, and was employed by the Pulaski County Civil Attorney in Little Rock, Arkansas before returning to Pendleton. In 2001, she was a Crisis Response worker at the World Trade Center. She currently serves as Secretary/Treasurer of the Wildhorse Foundation, and a member of the Citizen’s Review Board for the State of Oregon.
She is the daughter of the late Marguerite J. Allman, who served, as Education Director, and also served as Vice Chair for the Board of Trustees. Her father was Alonzo J. Allman a member of the Nez Perce tribe. She has an 11-year-old son, Weylin Walton.