MISSION – Tac Maywii Nixyaawii! (Good Morning Nixyaawii!) was named the second-ranking news cast or podcast in Indian country by the Native American Journalists Association.
KCUW’s show, which features BOT members Jill-Marie Gavin-Harvey and Boots Pond earned runner up in General Excellence as part of the 2021 NAJA Awards.
“There was many laughs to be made working on the project with KCUW,” Pond said. “It was very fun to work on this radio program to use another avenue to get information to the public. When something is fun, it really drives ambition to continue, which I hope will happen.”
Gavin-Harvey started the show in 2020, with her first guest being Pond. She said it was a continuation a show she started as a Communications Tech with KCUW, prior to being voted onto the Tribe’s Board of Trustees.
“I had decided to go back to having a show that would focus a little more on Tribal government and have other elected officials on board,” Gavin-Harvey said. “My first guest was Boots Pond and because we had such good on-air chemistry it stuck. Boots agreed to be my co-host and the rest was history.
“I am thankful KCUW, Communications, Jiselle Halfmoon and Lily Sheoships have been so supportive,” she added. “We have had some great guests on and have agreed since day one to suspend once campaign season officially begins. Boots and I look forward to going back on air after elections no matter how it shakes out for either of us.”
The O’odham Action News Podcast, based on the Tohono O’odham Reservation, received first place in General Excellence. 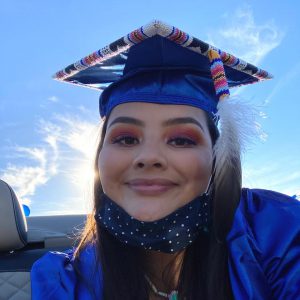 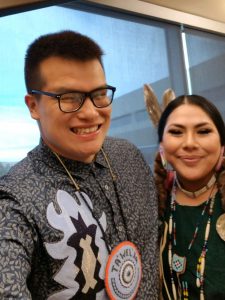 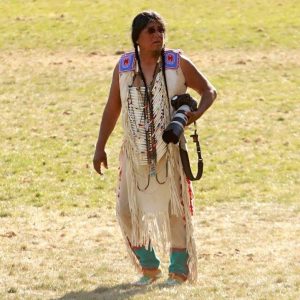