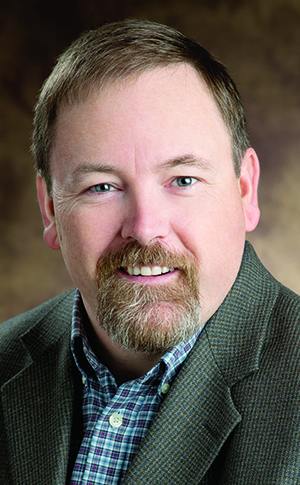 By Casey Brown of the CUJ
MISSION – One day after class, Paul Rabb’s business professor Mrs. Bygun pulled him aside. She wanted him to know that he was born to be a leader, and nearly three decades later Rabb stepped into the largest leadership role of his life.
It was a coincidence that he was in charge of operations for the Confederated Tribes of the Umatilla Indian Reservation (CTUIR) when major flooding pushed the Umatilla River out of its banks Feb. 6.
He is third on the CTUIR chain of command, so he only takes over when Ted Wright, CTUIR Executive Director, and Chuck Sams, Communications Director, are out of the office. Wright and Sams were both out of town.
“I’ve always felt as though I am a natural leader and a lot of the decisions that I had to make were easy because I had good information and good people around me gathering that information,” said Rabb, who is the Tribes’ Finance Department Director.
Thanks to emergency procedural training that he had taken a few months earlier, he knew what to do and sprang into immediate action.
“What I learned most from the training was the chain of command and you want to make sure that the communication is straightforward,” Rabb said.
While the flood was unprecedented, the response was also successful.
“We didn’t lose any lives on the reservation,” he said. “The emergency response went well. I thought the programs that needed to step up and manage volunteers did excellent,” he said.
Sadly, one life was lost near the Bar M Ranch area east of the reservation.
The community played a big role as well.
“The outpouring of donations from the community was remarkable.”
In an emergency, Rabb says it’s important to keep a cool head.
“I think you have to have a good thought process and be calm and understand that you have a task at hand and it needs to be completed.”
The class he took wasn’t the only thing that prepared him for this unprecedented role.
“I think it was more the way I was brought up and watching my parents and my grandparents being hard workers and having compassion for the community – and growing up here and working my entire career for CTUIR.”
Rabb said he hasn’t faced anything to this scale before, but everything goes back to a childhood incident. When he was a child, he had a stroke that has affected his mobility.
“Everything goes back to what happened when I was 11. It’s why I am the way I am today,” he said. “I went from being a normal kid to not being able to move for weeks.”
He was getting a haircut and noticed something was different when he “jumped up into the pickup.”
“My hands weren’t working, so my mom took me to the doctor. It was cold, it was wintertime. The doctor wasn’t sure what was going on. He said it might be because it was cold and it was something that would pass,” he said.
Except it didn’t pass: “As the night went on my arms and shoulders got heavy, and then when I woke up I couldn’t move.”
His ability to bounce back, relationship with his family, and support from the CTUIR Command Team, staff and community set the stage for his role in the largest flood of the Umatilla River in recorded history.
“I always kept a positive attitude and I think that is still with me today,” Rabb said. “I keep a positive attitude and work hard, and it’s just what’s I’ve always done.”