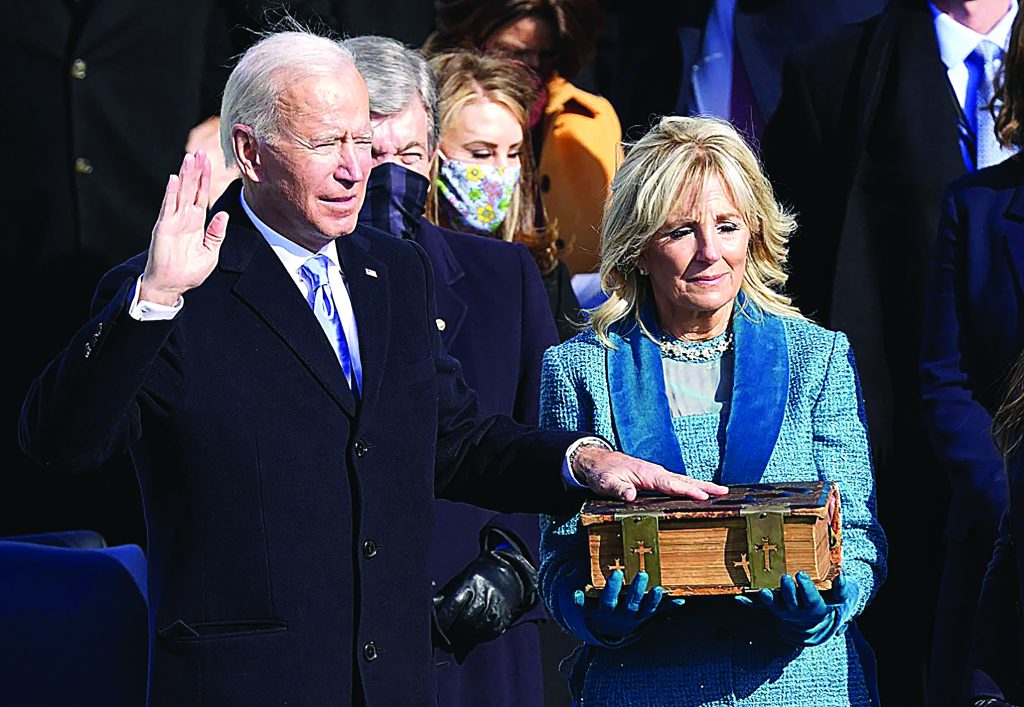 President Joseph R. Biden and Vice-President Kamala Harris were sworn in on Jan. 20.

Biden was named the 46th President of the Unites States’ and Harris became the first female, African-American and Asian-American to hold that role in the history of the country.

Oregon leaders, including BOT Chair Kat Brigham, shared their thoughts on the start of the new regime.

“The BOT is extremely hopeful about President Biden and Vice President Harris,” Brigham said. “Their leadership has brought many changes already. They are addressing COVID-19 as a pandemic that is not going to disappear. They have a plan and are providing transparency – in much the same way that we as a Tribal government have approached the issue.

“This a HUGE step for the administration,” Brigham added. “Plus they are talking about climate change, racism and division. President Biden said he wants to bring unity to the USA. CTUIR wants to see that come about as we work to protect natural resources and maintain our treaty rights. We are not only fighting for our Tribe’s future, we are fighting for the future of the Northwest.”

Gov. Kate Brown said the inauguration marked a new chapter for the country.

“It is an especially extraordinary moment for our nation to celebrate the historic swearing-in of our first female, Black and Asian Vice President — and the incredibly diverse Cabinet that President Biden has nominated,” she said. “Our government should be reflective of the people it represents, and now Americans across the country will see themselves in the people holding leadership positions.

“We have waited a long time to have a strong, competent and trustworthy partner we can work with at the federal level — and now more than ever, we need that federal leadership to help states beat COVID-19, once and for all,” Brown added. “As we still face what could be the darkest days of the pandemic, President Biden has laid out a strong vision and clear plan, based on science, for how the federal government will help the American people, and governors across the country — starting with the announcement of a much-needed $1.9 trillion coronavirus relief package. I look forward to working with the President, Vice President and Congress on getting this ground-breaking package across the finish line.

Sen. Jeff Merkley said the inauguration occurred during one of the darkest winters in American history and was a cause for celebration and resolve.

“Today, our nation begins the hard work of turning the page on a dark chapter marked by racism, division, and incivility, as we set out to write a new one of hope, freedom, and equality for all,” he said. ““It won’t be easy. First and foremost, we must face and defeat a devastating pandemic that has already claimed 400,000 American lives and robbed millions of their livelihoods. But we must also reckon with deeper and more long-lasting forces that have shaped everything about our lives and our politics, up to and including the current pandemic.”