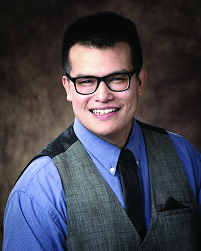 At the time it did not seem like the calm before the storm. Near the end of February last year, it seemed like the community was heading toward a year with much to look forward to. It was a recovery phase for those who lived by the river after the devastation the floods brought. Tribal members laid out plans to go gather the first foods, the Nixyaawii boys’ basketball team defeated Siletz Valley to advance to the state tourney, and the ICT Team for the floods were ready to end their work. Then March would roll in and shift everything to an era none one could imagine.

March 2020, the month where it would all begin. It is hard to believe a year ago was the first emergency briefing detailing the first case of CoVid within the reservation. The transition of the mindset on the Board from wanting to ensure the BAAD tournament could still go on, to focusing on potentially fatal disease is insane in hindsight. What is also insane was seeing Wildhorse shutdown, even if only for two days at the start of it all. There was an eerie feeling walking through a nearly empty Wildhorse Casino with the rest of the Board. We approved reopening Wildhorse, but little did everyone know how much this would grow.

The week carried on. That week was the first of many sessions where the Board was briefed and educated on the Snake River Dam breaching. I also joined discussions with the Cultural Resources Committee looking at how to deter seagulls from eating huge amounts of steelhead smolt. Looking through my notes, I almost forgot about the racism and discrimination faced by the tribe from some of the local businesses during that first week of March. Those issues seemed so distant, yet are reminders how much change can occur so quickly.

As the month went on there was a sense of fear beginning to unravel. Emails came pouring in to myself and other Board members detailing what was going to be done about material and currency needs. Regulations were starting to be put in place on crowd sizes and increasing sanitization measures. Earlier in the month I remember journeying out to Baker to see the Nixyaawii boys get third, attending the 2A finals in Pendleton, and helping out with Celery feast. Not knowing that those would be the final events in crowded spaces for a while. It was true, nothing would ever be the same.

Before the initial shutdown of many of the tribal entities at the end of March including the government building and Wildhorse, there was a meeting with all department heads from all the entities under the tribe. They gathered with the Board in the chambers to discuss final actions before attempting to work remotely. It was funny, we were all mask-less. This was before masks became the trend. A lot of us knew this would be the last time we would meet like this for a while. Trying to be upbeat I mentioned to everyone to soak in the fireworks for the 25th anniversary for Wildhorse. The fireworks would be a starting point of a new age. My hopes while watching them were, we would make it through whatever comes our way.

A year later here we are. Since the start there has been many heavy hearts and much optimism for what comes next. I offer some of this insight and wrote these words so we can recollect on this era when it is over. There is a light shining at the end of this pandemic. Still, we have to remain vigilant and not lose ourselves to negatively. I have full confidence that we will be gathering again and more happy times will be made.