The CTUIR member was unanimously named to the 5A-Special District 1 First Team as a safety. He also earned Second Team honors as a running back.

His coach, Erik Davis, believed Burns was a first-team running back as well, but that he lacked exposure coming from Nixyaawii Community School to Pendleton.

The game features graduating seniors, with each team selecting 37 players. The selection process is coordinated by the Oregon Athletic 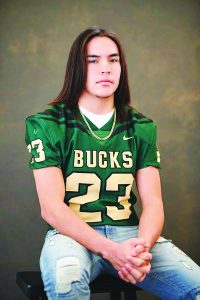