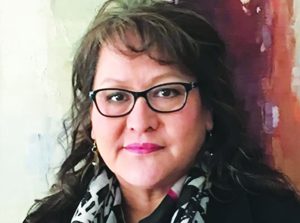 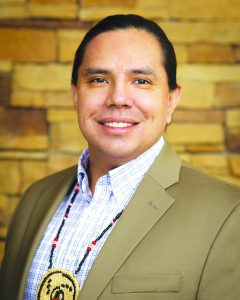 MISSION – Former Yellowhawk Tribal Health Center CEO Lisa Guzman will be remembered as one of the key figures within the CTUIR that helped combat COVID-19.

The Tribe’s Health Commission accepted her resignation in late May, designating Human Resources Director Aaron Hines to serve as Interim CEO, effective May 28.

“Lisa’s service to the Tribe has been exceptional,” Board of Trustees Chair Kat Brigham said.
“She lead through a global pandemic, rolled out a vaccination program to protect the community and all the hwile maintained ongoing healthcare services for Tribal members.”

The CUJ attempted to contact Guzman on May 27, the day a Tribal press release on her resignation went out, but received no response. Guzman began her service as CEO on March 26, 2018, prior to the grand opening of Yellowhawk’s new 64,000 square-foot facility.

She served as the Incident Commander when the Board of Trustees declared a state of emergency on March 2, 2020 in response to the emergence of COVID-19. She continued to serve as a member of the Incident Command Team when it was expanded beyond the Public Health
Authority to include other Tribal entities and departments.

Hines has served as Yellowhawk Human Resources Director since 2019 and has
been employed by the CTUIR for the past 16 years. He served on the Board of Trustees from 2009-2015, holding two positions, General Council Chairman and Treasurer. He has also served on CTUIR Committees and Commissions including the Health
Commission. Hines holds a Bachelor of Science degree in Business Administration from Eastern Oregon University and is currently pursuing an MBA from Oregon Health and Science University.