MISSION – Robert Windy Boy is a one of a kind — literally.

The honor — which recognizes high school graduates who have attained a high level of proficiency in multiple languages — comes naturally to Windy Boy, the grandson of a former master
speaker, átway Joan Burnside.

I am very thankful for the opportunity to carry on the tradition of speaking tatoken timke,” Windy Boy said. “This is my way to honor my grandmother’s 20- plus years of hard work in the
CTUIR Language Program. Keeping language alive is important to our people.

The CTUIR Language Program said it was very 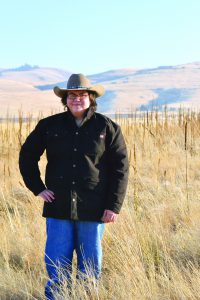