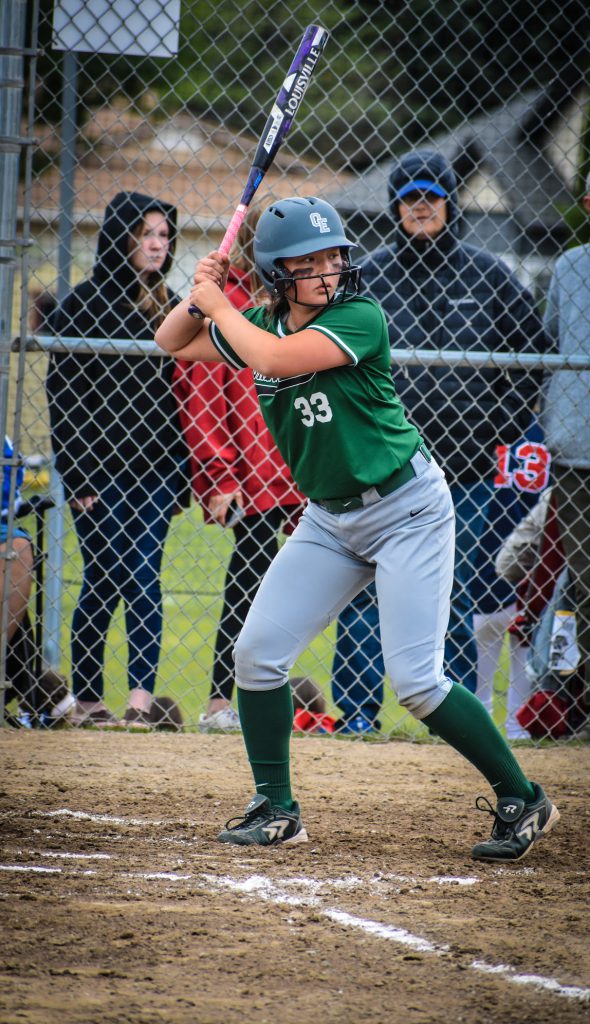 PENDLETON – Avery Quaempts comes from a competitive family. Her father Justin was an MLB draft pick who played ball for Oklahoma State University. Her grandfather Billy Quaempts was also a notable athlete within the CTUIR.
So it’s no surprise the 8th grade softball star who led Oregon East to a runner-up finish in the ASA 14U Class B Championships tournament has lofty goals to continue blazing a trail set by her family members.
“My goals are to get somewhere big in softball, play for a college and beat school records, but to also make my family proud,” she told the CUJ.
Quaempts, 13, played third base for the 14U Oregon East ball club based out of Pendleton. She notably batted .520 in the Class B championships and tallied 50 hits over the last five weekends of the season. Quaempts’ strong season was highlighted by a 3-run homer that helped lead Oregon East to a Gold Bracket Championship in Coeur d’Alene, Idaho earlier in the season.
After the season, Quaempts attended a three-day softball camp at the University of Oregon, one of three camps hosted by the college she will attend.
She is the daughter of CTUIR members Justin Quaempts and Carrie Sampson-Samuels, and the grand-daughter of Billy Quaempts and Stephanie Quaempts along with Trish Sampson and the late Curtis Sampson.
“With continued support from her family and community, Avery wholeheartedly plans to dedicate her efforts to continue the love and passion for the game of softball to one day become an NCAA Div. I athlete just like her dad Justin Quaempts,” her family sent in an email to the CUJ.