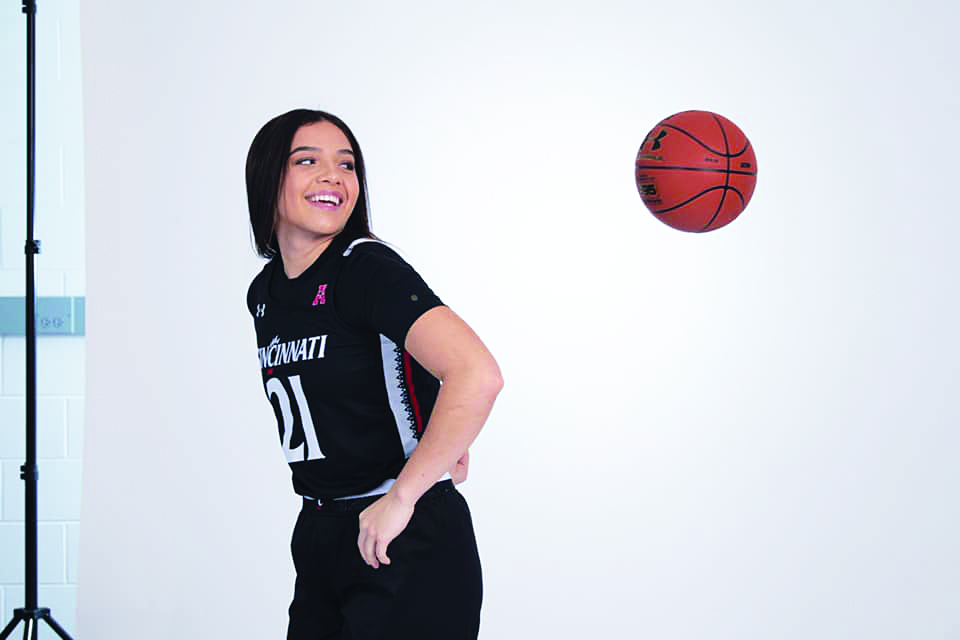 Courtesy of University of Cincinnati

FORT MYERS, Fla. – Florida Gulf Coast University women’s basketball coach Karl Smesko announced the addition of CTUIR member Milan Schimmel to the Eagles’ roster on July 30.
Schimmel, the younger sister of former Louisville standouts Shoni and Jude, departs the University of Cincinnati after starting 12 games during a COVID-shortened 2020.
The 5-8 guard will be eligible to play immediately due to NCAA Div. I transfer rules, and has two years left of eligibility.
“COVID-19 brought a lot of hardships and struggles on and off the court,” Schimmel told social media followers on July 3. “However, I am still so grateful and blessed to experience the season I did playing Division I basketball! Worked all my life for this.”
She averaged 5.7 points per game, adding 4.6 rebounds and 3.6 assists for Cincinnati. Also notable, she shot 46.2 percent from 3-point range. Cincinnati (8-16 last season) fell short of the NCAA Tournament, falling to the University of Central Florida in the American Athletic Conference quarterfinals.
The FGCU Eagles made the NCAA Tournament last season, falling 87-66 to Michigan in the first round.
Headlines have touted FGCU’s transfer class as being loaded, which includes Kaela Webb of Detroit Mercy, Kendall Spray of Clemson and Karli Seay of Louisiana State University.
The Eagles (26-3 last season) return a core that accounted for 95% of their scoring, led by forward Kierstan Bell and point guard T.K. Morehouse.
Schimmel, an alumna of Nixyaawii Community School, is familiar to Florida with a stint at Eastern Florida State College for the 2019-20 season. She also played for Hutchinson Community College in 2018-19, where she led the team to the NJCAA Division I Final Four.