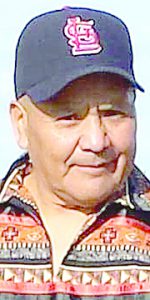 Rod was an enrolled member of the Confederated Tribes of the Umatilla Indian Reservation.

He attended Wapato School District, but left in ninth grade to attend Pendleton High School where he graduated in 1980. He also graduated from Pablo Kicking Horse College and he worked at Yakama Nation Forestry.

He is survived by sister Roddena Tammy Cowapoo, and sons Andrew Jackson, Rod Cowapoo III, and Christopher Cowapoo, and his significant other, Annete Coyle.

He was preceded in death by Ronna Begay Alveda Cowapoo and Luke Cowapoo.