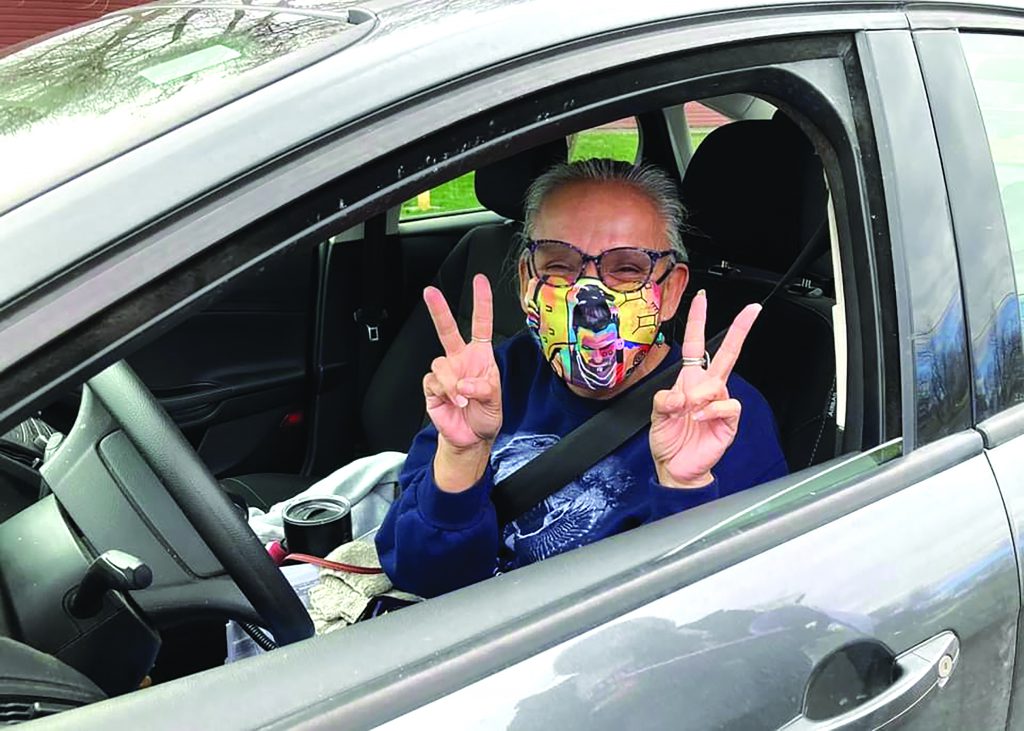 MISSION – The Department of Child and Family Services (DCFS) saw its highest turnout to date Feb. 28, as 375 showed up.

“It’s growing,” she said. “People are having more need for food. They are going back to work, but they still have the need. … I think we’ve adjusted. We’re okay now.”

CTUIR Fish & Wildlife was also part of the event, handing out salmon and meat to Tribal members in a separate line, where 180 showed up.

Taylor noted a change to the dates of the next food distribution, which will be held on Thursday, March 18 at 3 p.m.

“We’re going to have to switch our days again from Sunday because they’re having Church services again. With refrigeration and everything, they need their space too.”
Since starting in March, the CTUIR has provided 19 food distributions. They are open to Tribal members and non-tribal members who live within the boundaries of the Umatilla Indian Reservation.