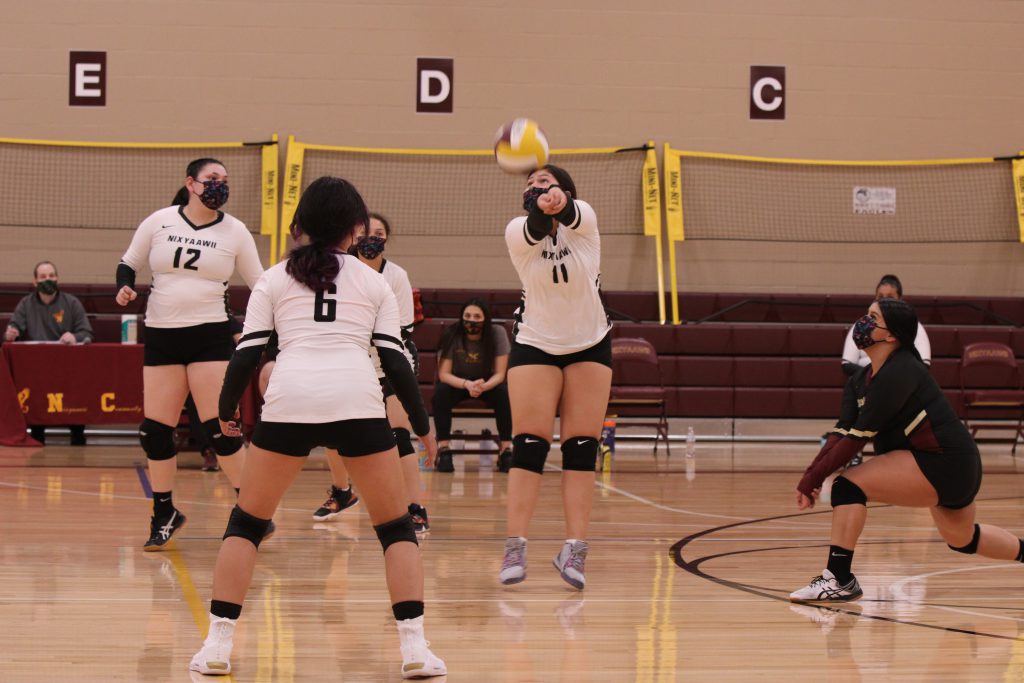 But not long before play began, four were forced to sit out due to not having 10 practices.

“Luckily, we had just enough players last night,” first year Head Coach Janet Maddern said. “Some of our players didn’t know about the double practices required. At the last minute, I had to cross some athletes off.”

In Set 1, the Golden Eagles won behind a strong defensive performance and serving by Kyella Picard.

NCS dug itself into a big hole in the final set. Maddern said every player on the roster contributed to the come behind win to seal the sweep.

It’s part of a mantra the team has utilized for its six years of existence.

“We are one,” Maddern said. “We just remind the players the saying is to basically heal the broken — play for those that can’t. If you’re giving up on yourself, don’t because there are other people out there cheering you on.”

There wasn’t much cheering at the game March 2. Due to COVID-19 concerns, fans were not allowed to attend.
Instead, teammates had to lift each other up — while wearing masks.

“I tell them, ‘Use your court voices,’ because we have the masks and they’re very difficult to speak through,” Maddern said.

She expected her full team to take the court March 4 at Riverside.

“We have big expectations,” Maddern said.