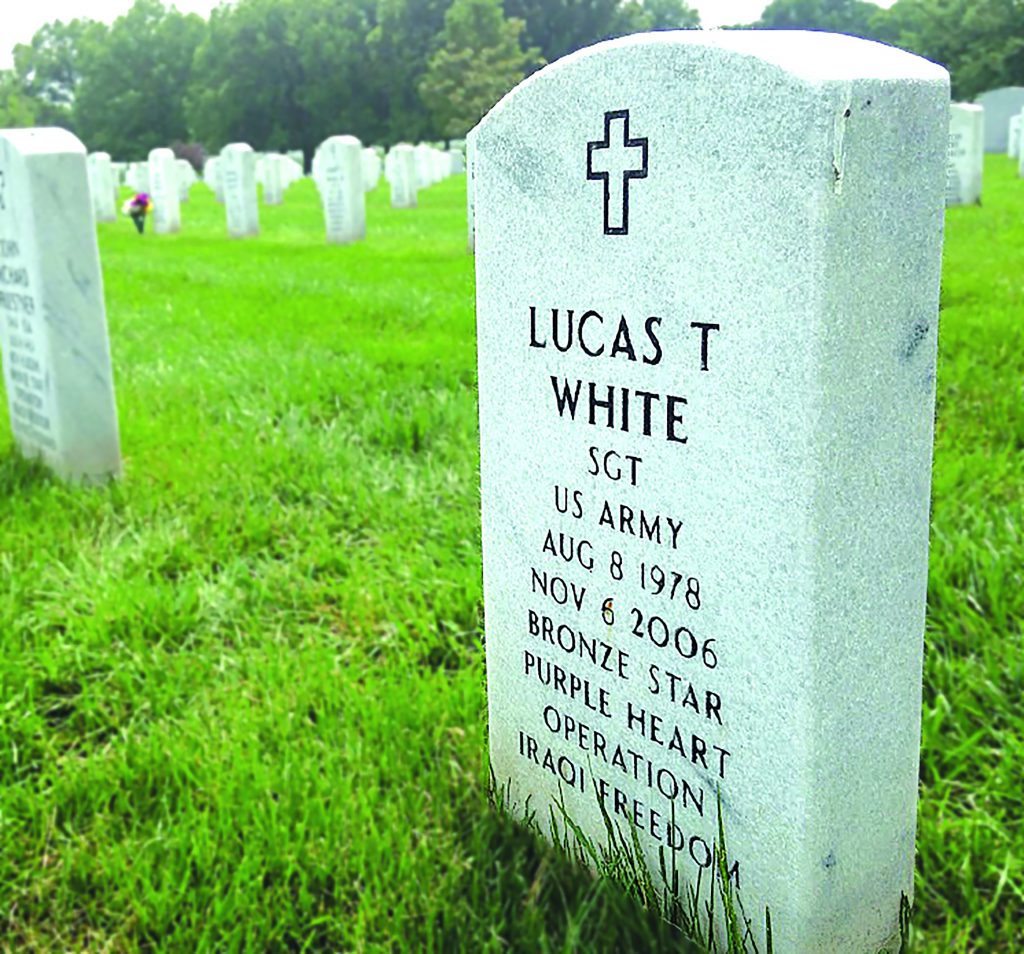 There’s a sight to be seen that connects my tribe and yours. It’s one headstone among thousands at Arlington National Cemetery in Virginia.

Lucas White, an enrolled member of the Confederated Tribes of the Umatilla Indian Reservation, was laid to rest there in 2006 at age 28. I’m one of a handful of Colvilles I know to pay respects in-person.

Sgt. White grew up between the Yakama Reservation and Pendleton, but his father Merv White is a Colville Tribal member. After visiting White’s grave, I sat down with Merv, who worked at a bar and grill in my hometown of Inchelium, Washington.

It was Nov. 7, 2015, a day after the 9-year anniversary of his son’s death. Merv was in the process of staging a 9-ball pool tournament on the Colville Reservation in memory of his son, who was killed on patrol when his unit was attacked by small-weapons fire and an improvised explosive device.

“Let me grab a cigarette,” he said.

After lighting one up and taking a drag, he started the conversation with, “I used to do bad things. After (my son died), I pretty much quit all my bad stuff.”

Merv remembered drinking and playing cribbage with his son in the days prior to his final deployment. He said he kissed Lucas on the lips before he left.

Just weeks before Lucas was to return home, Merv received an early call.

A little while after, Merv looked outside to see his mother and two military officers and cursed.

“This is just like the movies,” he remembered thinking. “I knew (Lucas had been killed) already as soon as I seen ‘em.”

Lucas’ picture and story began showing up throughout the country, including an obituary in The Seattle Times. He was awarded numerous medals of valor, including the Bronze Star, Purple Heart Army Commendation Medal and Global War on Terrorism Service Medal.

“It was all over everywhere,” Merv said. “On the news and everything. He was one of the first Native Americans from the northwest buried at Arlington.”

Merv was invited to attend a memorial service in Moses Lake, where Lucas and his wife resided. When he entered town, he was surprised to see the outpouring of respect for his son.

“We thought, ‘Holy Christ, must be a hell of a wreck,’” he recalled. “But they were all just waiting for us. We pulled into town. Every stop light there was officers waitin’ for us there. That was something.”

The experience gave Merv a new appreciation for the armed forces. “(Lucas) fought so we didn’t have to.”

Merv was then asked about whether the meaning of Veterans Day changed for him through the experience.

“Veterans Day never meant nothing to me before. Now it means everything,” he said.

Lucas White, a Umatilla hero whose life and story has touched those on several reservations, is remembered each year in Inchelium. 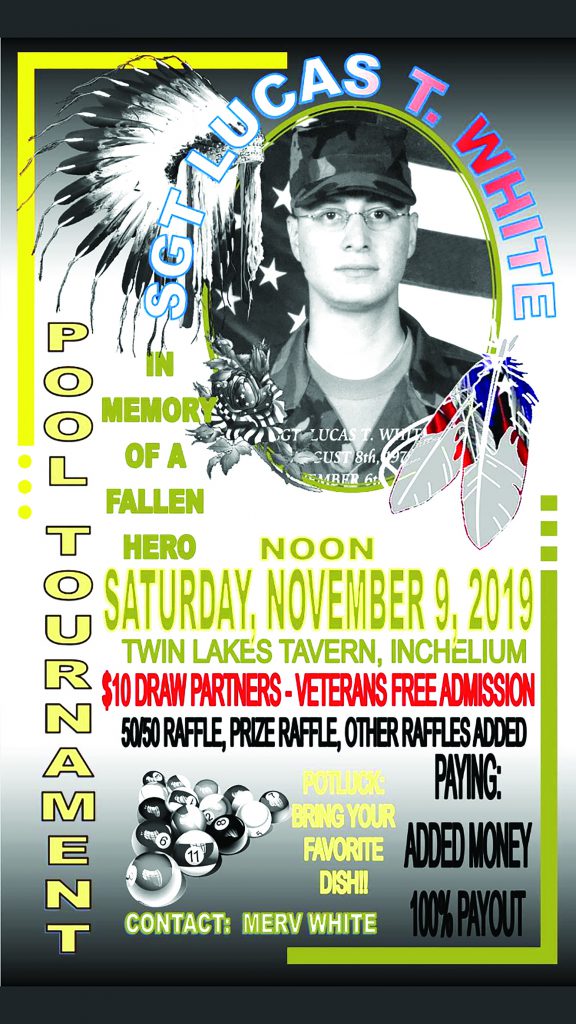 Cary Rosenbaum writes Coyote Stories for the CUJ. He is a Colville Tribal member from Inchelium, Washington, on the Colville Reservation.